The coolest pop festival in our country is of course Parkpop! (Of course we know that the people of Hagenezen since 1981!)

In the 2019 edition it goes wild with Skunk Anansie, Tears For Fears, Nile Rodgers – CHIC during Parkpop Saturday Night 2019 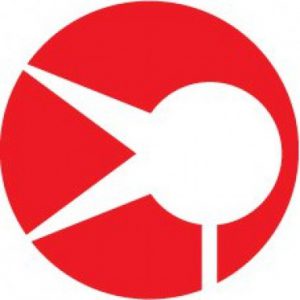 If Parkpop had a roof, it would fall off! Because the British rock band Skunk Anansie (which consists of the iconic singer Skin, guitarist Ace, bassist Cass and drummer Mark Richardson) breaks through all possible barriers. You hear that and you feel it when you listen to their widely acclaimed studio albums with hits such as Brazen (Weep), Hedonism (Just Because You Feel Good) and Weak.

Tears For Fears is that typical 80s band with danceable synthesizer pop. The duo shook the music world with their now legendary releases The Hurting (1983) and successor Songs From The Big Chair (1985) and hits like Everybody Wants To Rule The World, Shout and Mad World.

CHIC broke through in 1978 with world hits such as Le Freak and Est-ce Que (C’est CHIC). Due to the great success of CHIC, Rodgers grew into a much sought-after producer and songwriter. Well-known songs from his hand include Let’s Dance by David Bowie, We Are Family by Sister Sledge, Like A Virgin by Madonna and Get Lucky in collaboration with Daft Punk and Pharrell Williams. During the live show, all well-known CHIC hits as well as other sing-alongs from the oeuvre of Nile Rodgers will be discussed.

Parkpop is one of Europe’s largest, free-access festivals and attracts over 200,000 visitors of all ages to the Zuiderpark every year. The visitors not only come for the strong music program, but also enjoy all kinds of other fun activities, the beautiful surroundings, the atmosphere and each other.

Since 2017, the intimate festival Parkpop Downtown has also emerged. Parkpop Downtown is free of charge and this year will take place on Friday 28 June 2019 at various locations in the city center of The Hague, including the Grote Markt and Het Paard.

Travel Information:
There is not much parking at Zuiderpark, so go public transport in particular!
By train
You can continue traveling by tram and bus to the Zuiderpark from The Hague Central Station and The Hague Central Station. NS will use extra long trains during this weekend to and from Schiphol and Rotterdam.
For the most up-to-date travel advice, check the NS travel planner.

By tram
Tram 9 (Vrederust) and tram 16 (Wateringen) leave from The Hague Central Station and The Hague Holland Spoor for Zuiderpark.
Extra info via travelinformation of the HTM

By bike
It is very easy to park your bike, moped or scooter in the Zuiderpark. Three bicycle parking spaces are available.

*all information is subject to change. Check everything yourself before you leave home.