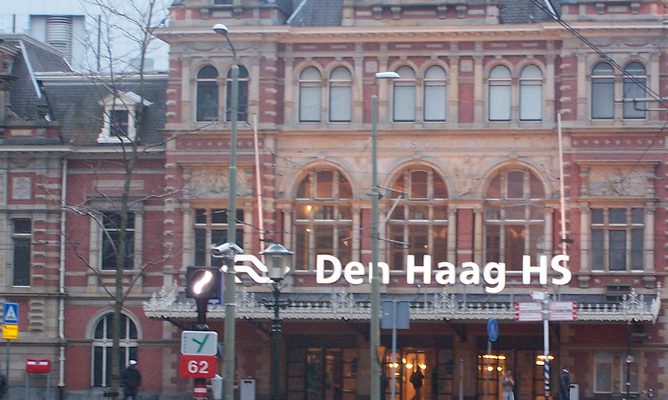 The Hague Station Hollands Spoor, abbreviated as Hollands Spoor, is the oldest station in The Hague and opened in 1843 when the line Amsterdam – Leiden to The Hague was extended. In 1891 the station building was replaced by the current building.

Hollands Spoort is one of the 10 largest and busiest stations in the Netherlands. On-going trains from Amsterdam to Rotterdam only stop at Hollands Spoor and not at The Hague Central. Very confusing, especially for people who are passing through and for people outing.

Walk from Hollands Spoor to the center

Error: An access token is required to request this resource.
Type: OAuthException
Solution: See here for how to solve this error